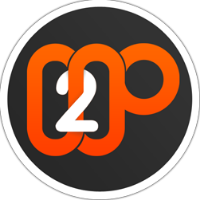 In the content area are different types of indicators depending on the View Mode. Media Item parents know the status of their children, means a series knows about their seasons, which know about their episodes. If a season consists of 10 episodes, it is watched, when all episodes are watched. If 1 - 9 episodes are watched, the season is partly watched.

These are the main relations:

The Percentage Played indicator showes how much of a media Item is watched. It is indicated in the details area with a circular bar and percentage value. Media items can be always resumed from the last position when selected.

Remark: Please be aware, that the Percentage Played value is not resetted, when manually setting a media item to unwatched

The watched indicator is available for movies, movie collections, series, seasons, episodes and videos. Is is showing, when a media item is completely watched. This is the case, if at least 90% of the media item were watched. It can be also set menualy by context menu to watched or vice versa back to unwatched. Watched indicators can be de-/activated in view mode for each screen individually.

General Indicators are shown in the Top Menu area, which is described in Home Screen.

The Recording Indicator appears in the upper left corner when the tuner is recording a TV-channel. It is slowly flashing until the recording is finished.

The Importing Indicator appears in the upper left corner during an import of new media items. This can be triggered by a manual import or automatically, if the Share-Watcher is activator. For last option the import takes place automatically, whenever an media item i added. The importing indicator shows also the percentage progress of the total import, considering, that several imports (E.g. movies and audio) can occur concurrently.

The Playing Indicator indicates that at least one media item is playing currently. The title and progress is shown next to the indicator. In case two media items are playing concurrently you can toogle them by pressing the indicator, it works also as button

The Error Indicator indicates an error that occured. The error message tells more about the error type. For further details check the log files please.

The Interaction Indicator indicates an issue, that needs user interaction to be solved, e.g. a non-existing server connection causing a media item can not be played.

The Information Indicator provides information, that can be helpful, but are not essential. No user interaction is required.