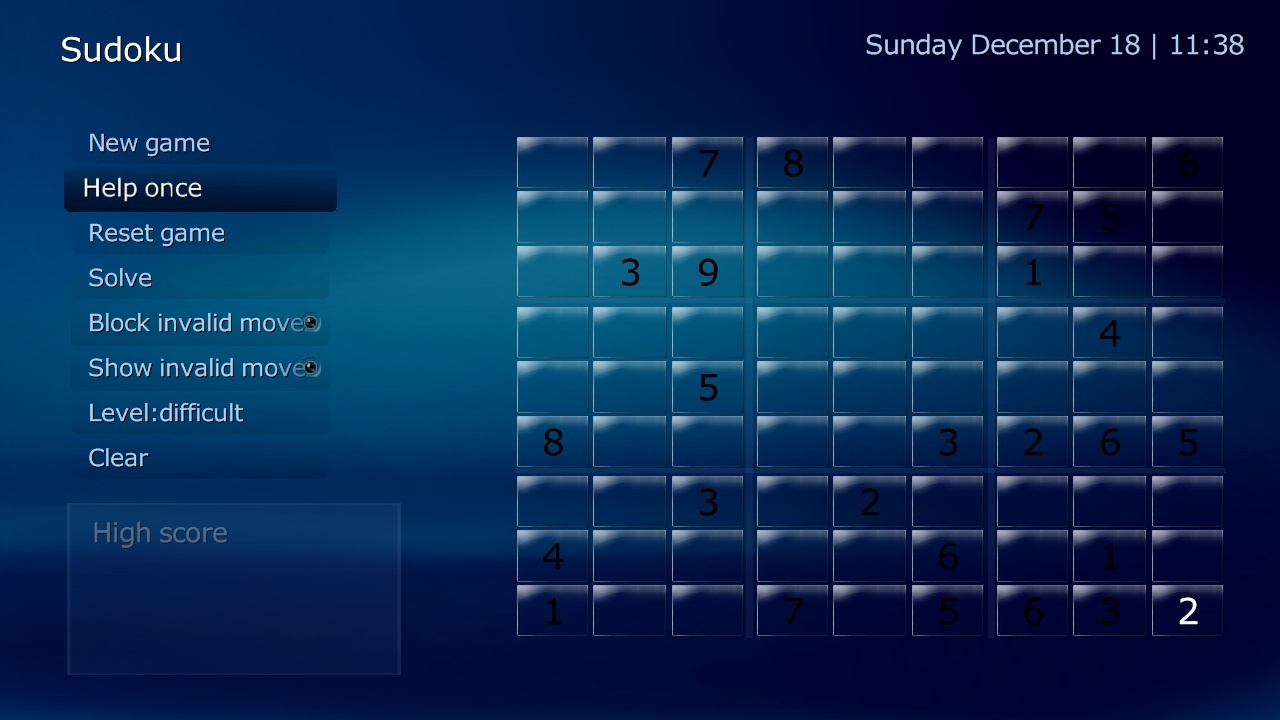 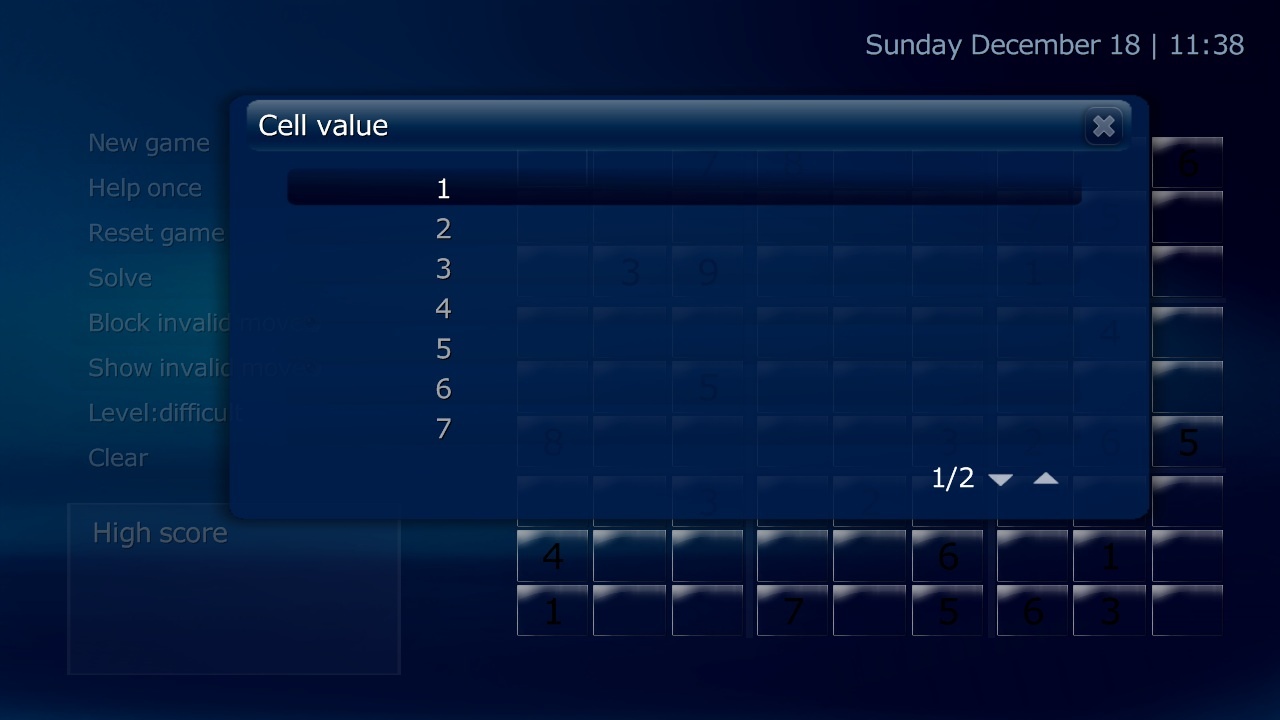 The chosen number may not always appear in the square; see description of invalid moves button below. 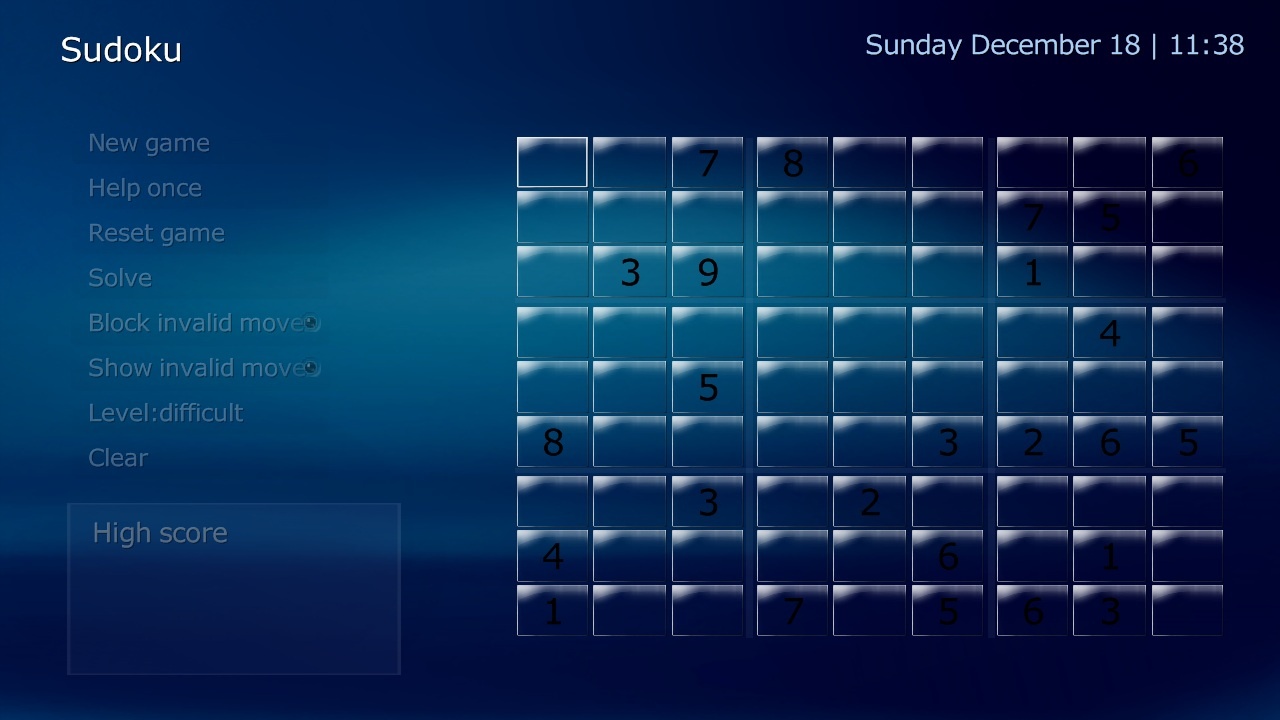 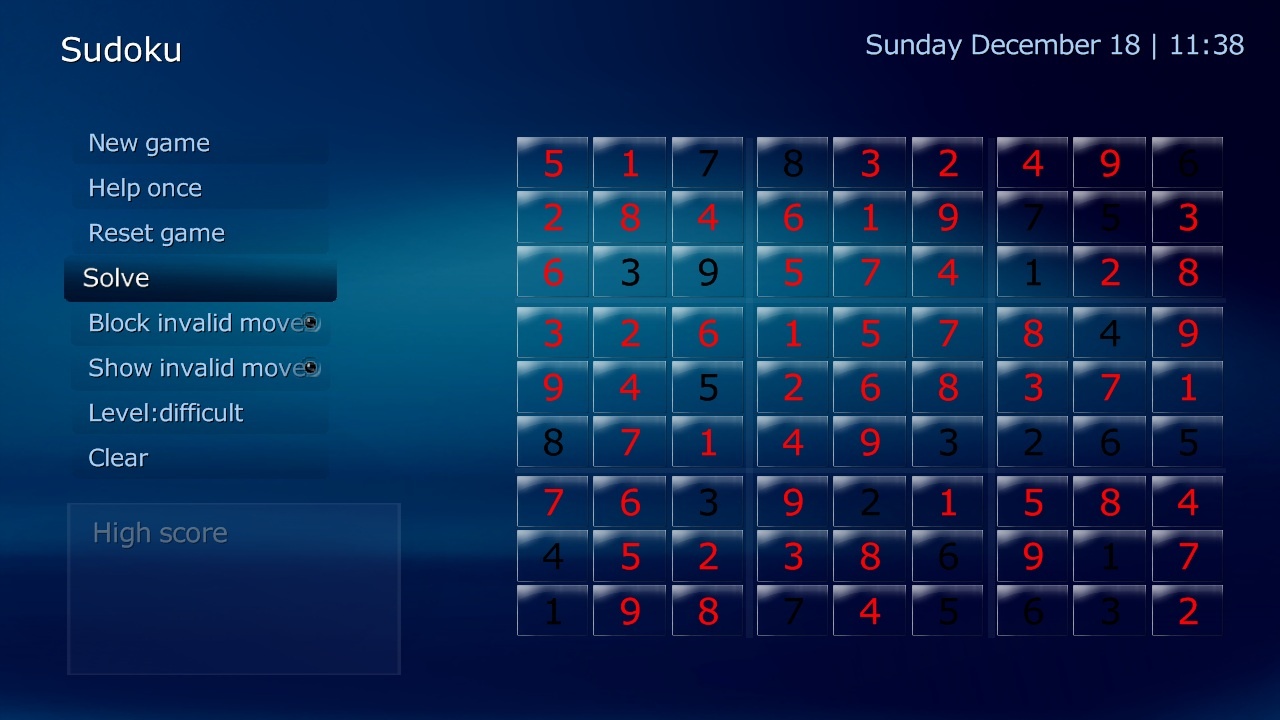 When the user tries to select a number that does not belong in the square, the plugin will not display the choice in the grid. Block invalid moves can not be selected at the same time as Show invalid moves.

When the user tries to select a number that does not belong in the square, the plugin will display the choice in the grid. Show invalid moves can not be selected at the same time as Block invalid moves.

Choose the level of difficulty:

Removes all numbers from the grid.

High Scored keeps track of your time to rate how quickly you can solve the puzzle.