Over the years, MediaPortal has been reviewed by a large number of websites, blogs, magazines and newspapers. Some of these reviews are listed below.

Is a review missing?  If you are an author and your review is not listed, or if you stumble upon any interesting article while searching the web or your local magazines, please contact us today!

"When you're ready to take your home theater PC to the next level, MediaPortal and Plex are the best tools to help you pull it off."

"MediaPortal 1.3 is throwing its hat in the air today after graduating from beta to full release status. The Titan skin intended for 1080p widescreen displays has made the final version with plug-in support, but don't worry if it doesn't fit your style or screen, as the default skins have also been refined. UI themes and settings can be easily modified for deeper personalization, and you can now highlight shows in the TV guide to better plan your evening's entertainment."

"The Titan skin spruces up the open source media player's interface with fresh visuals designed for folks with 1080p 16:9 displays. If you're worried about the new look harshing your plugin mellow, the Titan Extended option already plays nice with a handful of add-ons: OnlineVideos, MovingPictures, MP-TvSeries, My Films, Fanart Handler, Latest Media Handler, Trakt, InfoService and the Extensions plugin."

"A new 1.3 beta might offer just what home theater PC users have been looking for.... It carries a much more contemporary (and less Windows Media Center-like) skin with minor tweaks to the layout and overall interface."

"There was a time when I would bounce from one media center frontend application to the next, always seeking out the perfect blend of eye-candy, customizability and functionality. One application that continues to find its way to my test system is MediaPortal."

"The free software MediaPortal, which can be installed on any Windows computer, gives you many more possibilities. MediaPortal can offer more than an internet television, because the system is open and not limited to apps that you have to download or which are preinstalled by the manufacturer."

"MediaPortal is a free program that turns any reasonably modern computer into a powerful media center."

"If you have a digital TV tuner plugged into your Windows PC then it's possible to stream that signal direct to your mobile device, wherever you are. In this article we'll show you how to do it for free."

"...what separates MP from any other HTPC front end is how customizable it is... Factor in the fact it is free and open source and you are looking at the best piece of media center software available."2010

"MediaPortal is an excellent media centre, and arguably one of the most powerful open source applications around. If your TV tuner came with some feeble old viewing app, or you're not happy with Windows Media Centre, then give this a try instead."

"Almost mandatory for a media center with television aspirations is the presence of recording functionality and time shifting, and MediaPortal succeeds with flying colors. If multiple tuners are installed, it can easily record one program while viewing another channel. Furthermore... it warns on conflicts in the recording schedule and it can wake a PC with appropriate hardware from sleep mode to start a recording."

PC Professionale - Il personal computer in salotto
The magazine has reviewed seven media center commercial even for free. MediaPortal wins with the score of 8.5 tied with Sage TV (a commercial product).

"To begin with MediaPortal can perhaps be a bit difficult to setup. The effort is well worth it as you get a powerful media center with many features for free!"

The Digital Lifestyle - Mediaportal vs Media Center? Which to choose?
"MediaPortal is a stellar example of how free, open source software can harness the power of the masses and deliver a powerful and productive application that offers the user a wide variety of choice. While currently windows only, MediaPortal will work on anything from XP to Windows7 so there’s no need to upgrade that old HTPC just yet."

Freeware Mission - MediaPortal Review
"There is almost no limit to what this program can do... I was quite impressed with its features, a true all-around program."

Geektonic - Suresh's Home Theater and HTPC
"I still cannot believe that mediaportal is a free software. For people like me who use want to organize their movies, music photos and have a nice interface with customizable screens etc….mediaportal is the way to go."

Techosaurus Rex - MediaPortal Review
"All in all, I have to say that I STRONGLY recommend MediaPortal, I'm very happy with its DRM-Free Attitude, operation and general glossy sheen. It's very professional looking unlike a lot of open source software I've used while maintaining flexibility and community driven growth and support."

AVS-Forum - MediaPortal 1.0 vs Vista Media Center user review
"Mediaportal works out of the box with standard file formats that VMC is tricky to get to work properly with such as ogg"

GeekTonic - Testing The MediaPortal Waters - Experiencing New HTPC Software
" importing my music and ripped DVD library was quick, painless and error free. The importing tasks are all performed via the neat configuration application that handles the plugins. Again, HTPC front ends such as SageTV would certainly benefit from having a tool like this for handling these tasks from the 2 foot interface. "

Downloadsquad - Media Portal home theater PC app for Windows hits 1.0
" just installed Media Portal 1.0 on my netbook, and aside from the fact that I had to download and install Microsoft's .NET framework first, the process was pretty much a breeze. "

Software Informer - MediaPortal 1.0
" You can see the weather, listen your music, view your movies, and more with this lovely program very intuitive and totally amazing. Disadvantages: Hasn´t Disadvantages. "

Raiden's Realm - Review: Media Portal 0.2.3.0
" Overall I'm very impressed with Media Portal... it's worth grabbing if you want a good DVR software that will work with most of what you have. Between this and MythTV, I'd say the developers of Media Portal have succeeded at slightly better hardware support, given that more TV Capture Cards, remotes and other associated hardware is supported vs MythTV. "

Softpedia - Version reviewed:MediaPortal 0.2.2.0
"If you want a mediacenter-type of software to play your DVDs and your music, watch your pictures, get weather reports and so on, but you are not necessarily set on spending money on such a piece of technology, Media Portal is definitely one of the first choices."

PVRWire - MediaPortal - Alternative to Windows Media Center
"The great thing about MediaPortal is it is open source meaning it's a lot more customizable than the regular Windows MCE."

Afterdawn - Mediaportal v1.1.0 Beta 1 User review
"this software is so good that a member of the Microsoft Media Center team recommends it on his blog, and numerous well respected magazines and websites laud it as it justly deserves. I hope you love it as much as I do."

Marketing your biz - MediaPortal Review
"If you are comparing Media Portal against upgrading to XP Media Center, then Medial Portal will win hands down on functionality." 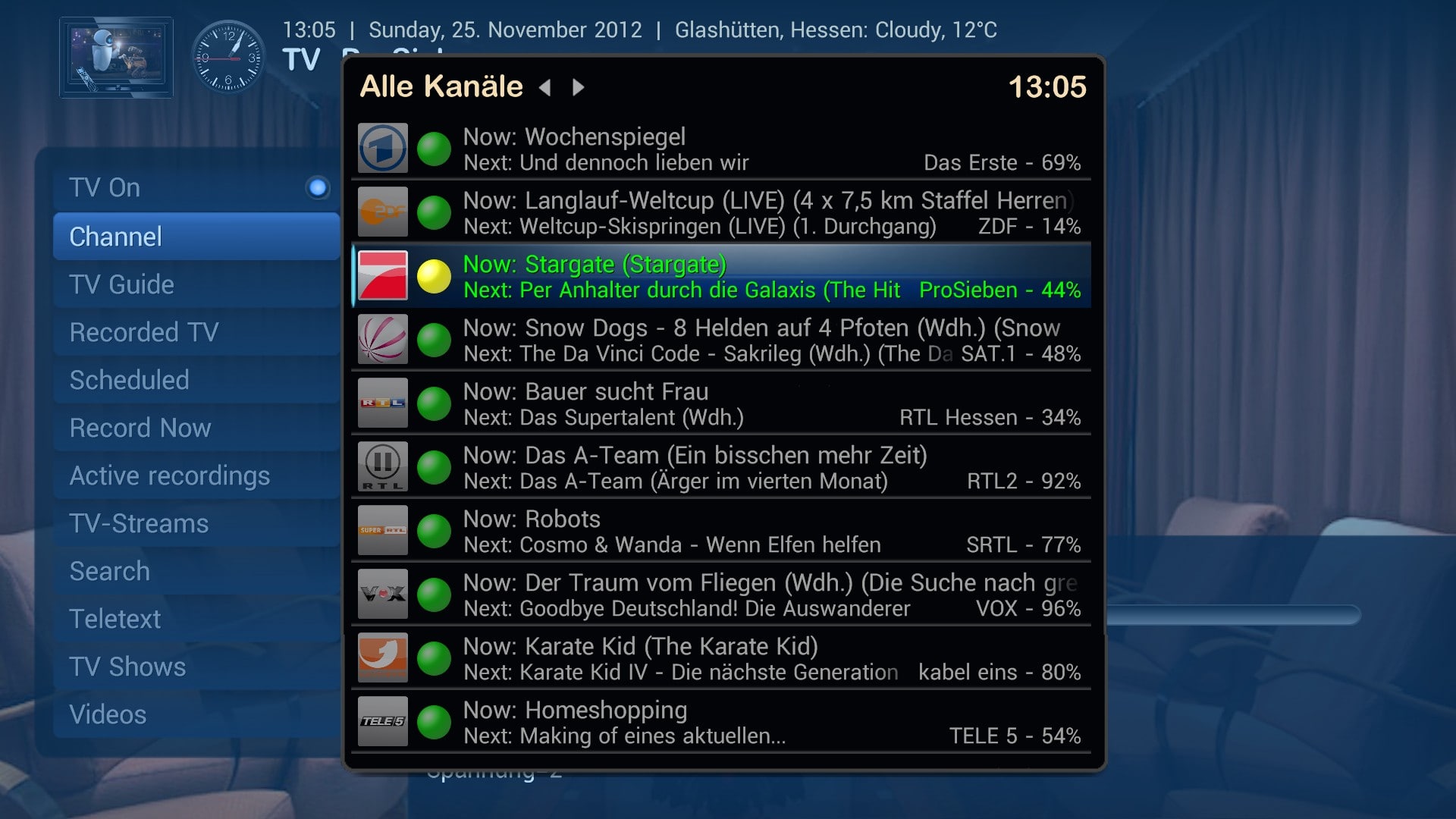 MediaPortal on the Web