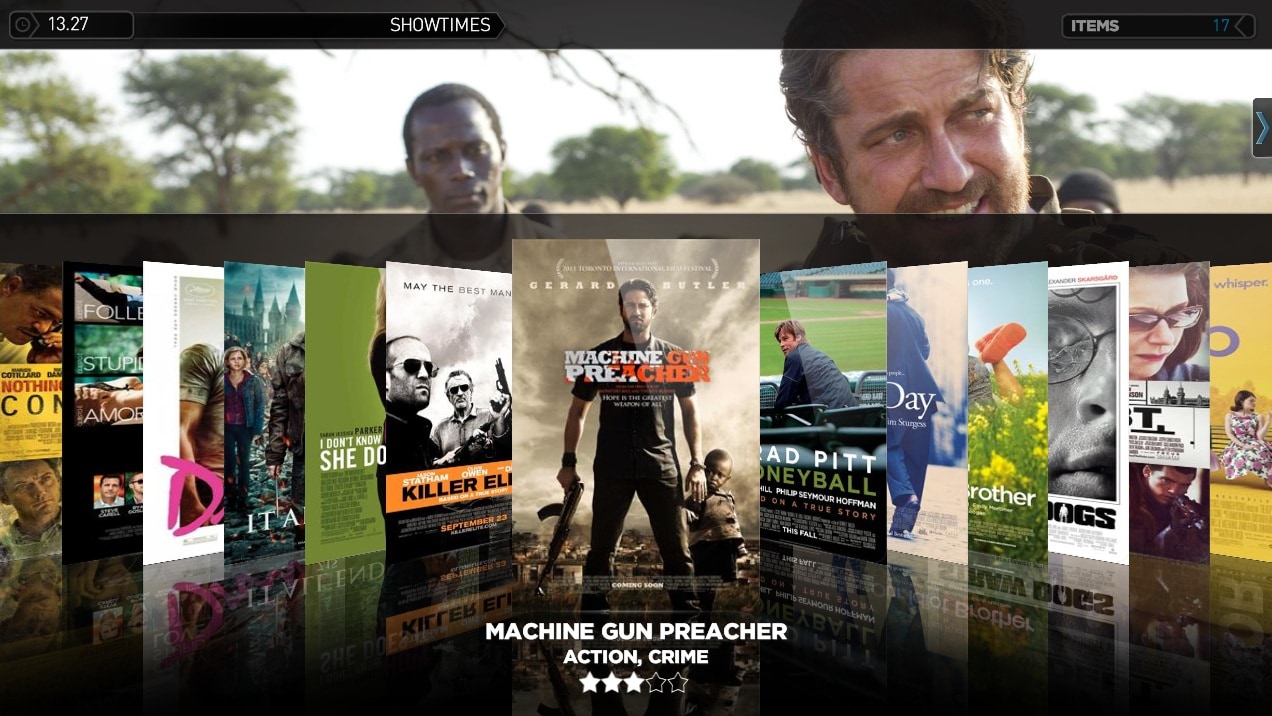 There are two plugins as part of this suite. The first plugin is a process plugin. It uses an external application to download movie showtimes for your local theaters. It allows for the option to schedule a download of movie data from IMDB or TMDB, Trailers, movie posters and FanArt from TMDB. It can also manage your downloaded posters and trailers and remove ones that are no longer required.

The second part of the plugin is the GUI portion that displays all of the data downloaded by the Grabber process plugin. The GUI has a screen that will work with many skins (skinners, please read below).

I have included in the zip file, a document that explains the way it all works together plus installation and configuration. In the zip there is a background picture for skinners who want to use it.

The following countries are already supported:

BoxOffice and ComingSoon are available in the following countries:

A couple of things to note:

1) After you set up the plugin you have to do a manual download from the Grabber Configuration first.

2) Picking your movie theaters varies by country. Some can do it by zip/postal code, some by city and country.

3) You can set several cities. Just separate each city with the "|" (pipe) character.

5) The display of Fan-Art is Skin dependant. If your skin does not show the backdrops, ask the author to implement this feature.

Manual and skinning documentation are in attach

really necessary and great tool!
I like that tool very much. That is a 'must have' plugin. Many thanks to the developer!!!

Use the Extensions plugin to install, update, uninstall and sometimes even configure extensions within MediaPortal.