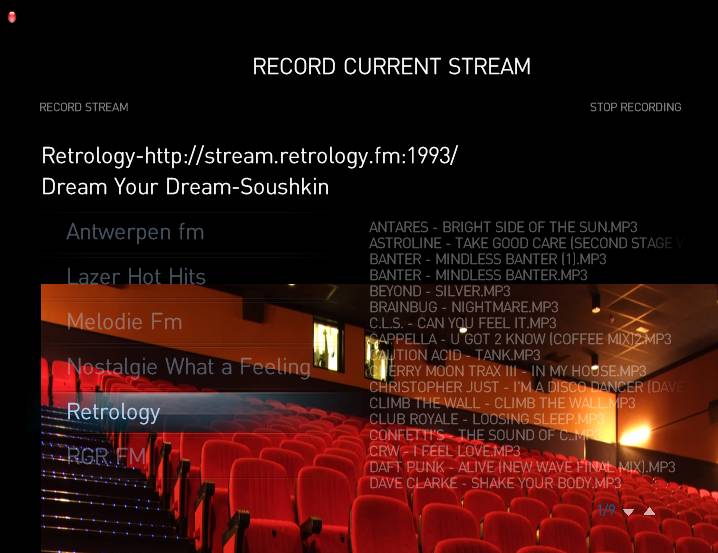 When you use the plugin it will create the Radiostation on the left side of the screen, in the background the streamripper will be started and convert the stream to mp3 files, if you click on the radiostation again, mp3 streams already created will appear on the right side.

The streamripper application has a nice extra, it tries to cut the stream into seperate files, the files will be listed by the plugin when you click on the Radiostation.  From this list you can select and play your recordings.

This is my first attempt to create an MP plugin so use at own risk ;-)

If the download downloads as .zip just rename to .mpe1

The plugin expects that your skin directory is:

and the location for the plugin:

The ripped mp3's can be found in c:\temp\[name of radio station]\

keep in mind that mp3's will only appear when streamripper detects a start and an end of a song (i.e. song name changes or there's a silence in the stream), for best result choose radio stations that also "broadcast the name of the song").

If streamripper can't detect the begin/end of the song the song will remain in
c:\temp\[name of radio station]\incomplete

If no song name is broadcast the song will become one large mp3, and might be overwritten at the next recording.

If streamripper detects the begin/end of the song it will be moved to
c:\temp\[name of radio station]\
an update of the list in MP will happen when you click on the radio channel name (left part) or when you exit and re-enter the streamripper plugin (you don't have to end your recording).
If an mp3 already exists and it's being ripped again streamripper will append a number, the original will not be overwritten. 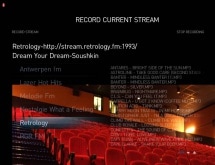 Be the first to review this listing!

Use the Extensions plugin to install, update, uninstall and sometimes even configure extensions within MediaPortal.