MediaPortal is used all over the world.

And some users have specific needs for the Channelnames.

North- and South-America Sat users are used to the Channelnumers (based on SID).

In combination with the seperation between the displayed name and the real channel name, it is now possible to re-name the channel with the SID, add the SID as prefix to the displayname or you can leave the channelnamelike it is and display the channelnumber in the miniepg on the clientside if you want too.

HowTo rename the channel with SID, or add it as prefix

Open the Management Tool for TV-Server and go to your TV-Channels. Then select the channel(s) you would like to rename with the SID or add it as prefix.

After that you click the right mousebutton and select the task you want to perform. 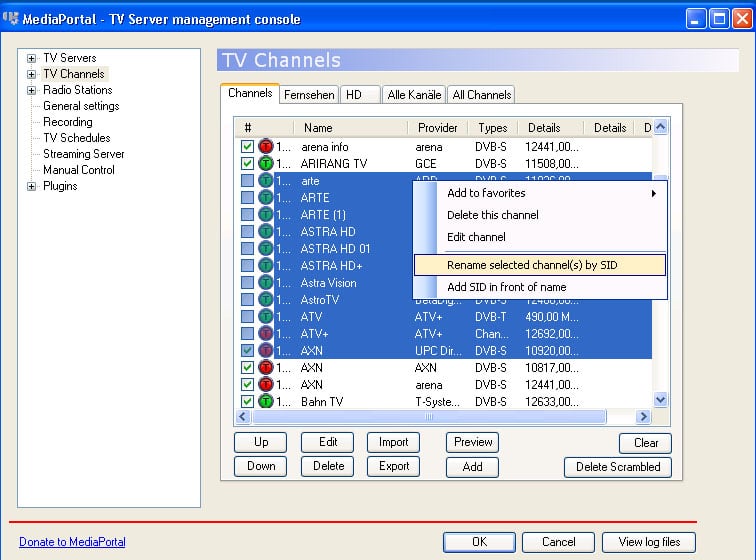 If you want to see the channelnumber in the miniepg next to the channelname, then you can enable this setting in MediaPortal Setup -> Television.

As you can see, we are working on integrating all the ClientPlugin settings into the Television section. If you use the TV-Server, all options from the inbuild TV-Engine are greyed out. 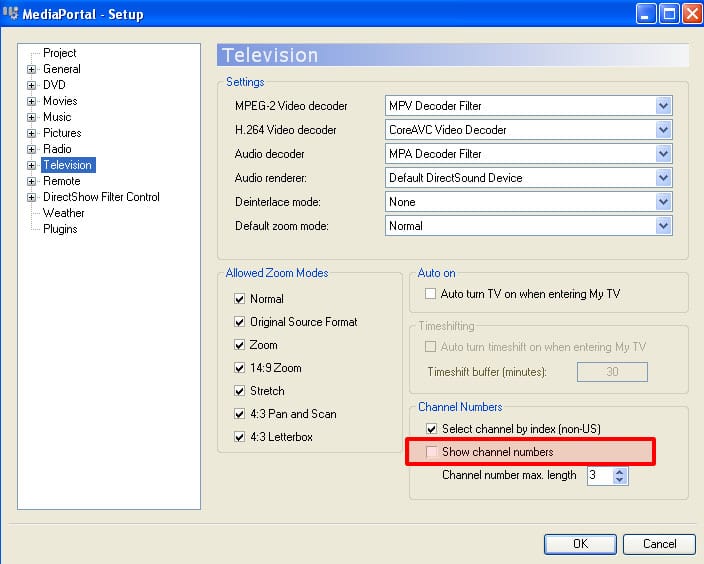 Make sure that you do the sorting in the "All Channels" Group.

View Fidelity in our Gallery