Select the codec and renderer to use for Video, Blu-ray, TV and DVD Discs/Images playback.

For general information about the codecs you may require to play all your files, see Preparing Your System > Codecs.

This will open a screen with several tabs for:

MediaPortal provides its own audio renderer, the MediaPortal Audio Renderer (MPAR) (see link for a general description). This audio renderer combats video playback related issues that almost all (without ReClock) Windows-based media players suffer from. It also provides WASAPI exclusive mode access to audio hardware so that the operating system mixer is not part of the audio pipeline.

You may select the MediaPortal Audio Render in Configuration > Codecs and Renderer > Audio Renderer on the Video, Blu-ray, TV and DVD Codecs tabs.

Note: MPAR is NOT selected by default. 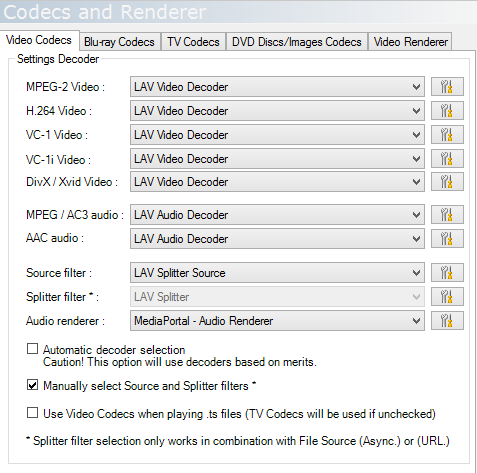 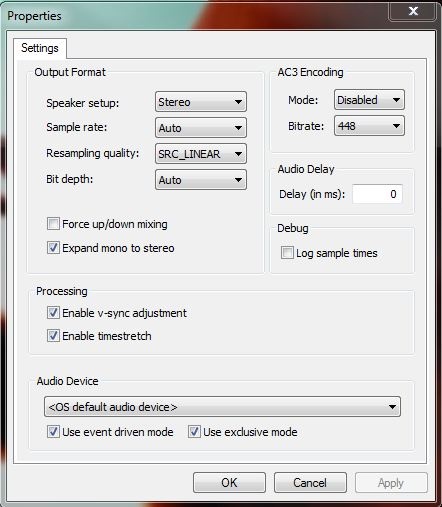 Note: You must first select MPAR, then play a video to make the configuration options available. First playback writes the settings into the registry. Before that you won't get access to the settings of MPAR.

A guide to the configuration options is <here>